The federal legalization 2021 of marijuana has been an emotive issue, with different people expressing contrasting views on the topic. However, most people don’t know that marijuana use was legal for the most part of human existence up until the early 20th century when laws were passed to criminalize its use. For instance, between 1916 and 1931, an estimated 29 states banned the use of marijuana in the USA. Consequently, the Marijuana Tax Act of 1937 made it illegal to use marijuana. However, as times have progressed, most states across the USA have passed laws that recognize the use of recreational and medical marijuana. This is contrary to federal legislation that will find you guilty of a federal offense for using marijuana. 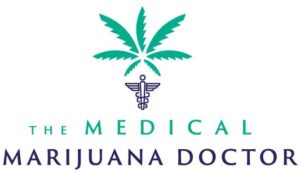 Marijuana Legalization in the U.S.

Various legislations have been tabled and passed by different states. For instance, California was the first state to legalize the use of medical marijuana. Consequently, with more people becoming vocal on the importance of legalizing its use, more states are expected to pass legislation that either makes it legal to use marijuana or reduces the hefty fines associated with marijuana use.

Since the marijuana industry is federally illegal, the cost of capital, federal protections, and banking access remains high. Additionally, numerous taxation channels that could have supported the financial aspect of the government are not available.

Even though federal cannabis legislation doesn’t seem to be a priority for Joe Biden and his administration, numerous efforts and legislations have been presented at the Senate and Congress. The aim of these legislations has been to bring federal policies closer to state laws. Therefore, it is vital to look at what Federal and state legislations have in the offing in 2022.

With various states taking the initiative to legalize marijuana in 2021 and congressional developments being seen, marijuana reform advocates have also put some vital wins on the board. For instance, a memo that contains numerous marijuana legislations that have been tabled at Capitol Hill over the years was released late last year. The memo, which Earl Blumenauer and Barbara Lee compiled, brings together a list of marijuana laws that were successful and those that were unsuccessful. Additionally, the memo explains what marijuana supporters should be on the lookout for in 2022.

A bill that called on the federal government to legalize marijuana and promote the social well-being of people was cleared by the House Judiciary Committee. Additionally, another legislation aimed at protecting banks that work or handle funds from state-legal cannabis business entities passed Congress for the fifth time. Apart from this, a bipartisan measure whose aim was to incentivize prior marijuana records was introduced with the Congress pressuring President Joe Biden to grant more relief to marijuana convicts.

Another piece of cannabis federal legalization 2021 policy was recently enacted as an amendment by Congress. The amendment advocates that researchers be given access to marijuana from licensed dispensaries for research purposes rather than rely on cannabis grown at federal authorized institutions such as the University of Mississippi.

The U.S. Congress has undertaken efforts to enact various cannabis federal legalization 2021 reforms. For instance, two bills, namely the Marijuana Opportunity Reinvestment and Expungement (“MORE”) Act of 2021 and the Cannabis Administration Opportunity Act (“CAOA), were recently introduced in Congress with the primary goal being to expunge cannabis convictions and remove cannabis from the CSA.

The Marijuana Opportunity Reinvestment and Expungement (“MORE”) Act of 2021 was seen as a channel to increase federal tax revenue by imposing a 5% initial tax on the sale of cannabis. This tax would later be increased to 8% over a span of three years. The tax collected would be used to fund various government projects such as the Federal Opportunity Trust Fund that promotes community reinvestment.

The CAOA and the federal legalization 2021 recognizes that state laws have the mandate to control the production, possession, and distribution of cannabis. Through CAOA, states would be preempted from interfering with the interstate commerce of marijuana, more so in instances where a lawful delivery of cannabis requires transport rights through state borders. The Cannabis Administration Opportunity Act (“CAOA) also proposes a federal exercise duty of 10% in the first year after the bill has been passed, with the tax expected to increase to 25% after five years. Similar to the MORE Act, the tax proceeding from marijuana sales would be used to reinvest communities affected by the war on drugs.

Unfortunately, the ambitious measures brought forth by various legislations do not have similar bipartisan support enjoyed by the SAFE Banking Act. Additionally, the Biden administration does not seem to be enamored with the recreational use of marijuana. However, the administration is open to rescheduling cannabis from the restrictive Schedule I to the less restrictive Schedule II under the CSA. However, no detailed proposals have been tabled so far.

Automatically respond to your missed calls with a TXT message based on rules you can customize.

If you don’t like calls from unknown callers, use auto-reply to ask your callers to identify themselves.

SMS auto-replies can help prevent you from losing a potential customer to the competition as they await a simple reply from your business about making an appointment.